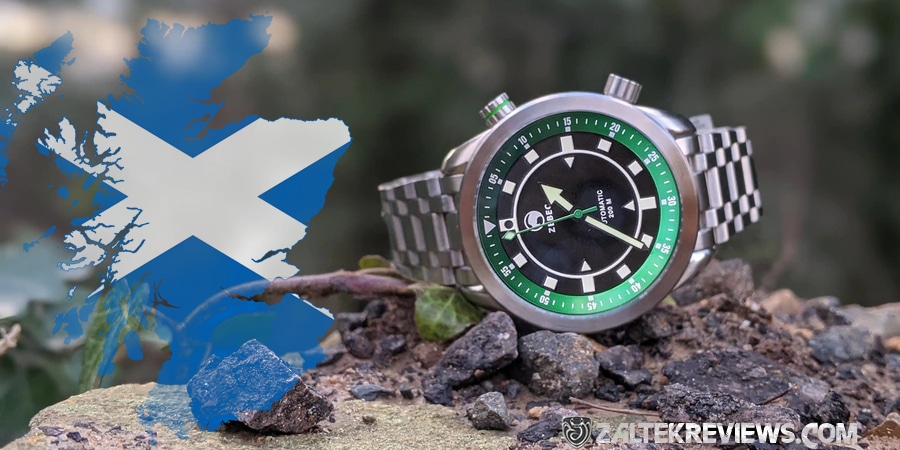 "Zebec Watches is based less than 5 minutes walk from the beach in East Lothian, Scotland. The coast here is beautiful and a little rugged. It attracts wind surfers, kite boarders and swimmers. Set just back from the beach are the dunes and woodlands that are home to walkers and trail runners, and a host of native Scottish wildlife. We wanted to design watches that could be used every day by all these people. The watches also have to be able to take in everything the Scottish weather can throw at them. There's a wreck on the beach that the local kids call the Pirate Ship. We decided to name the brand after it. Zebecs or Xebecs were small fast ships that were used by traders and Corsair pirates on the Mediterranean sea in the 1700's. Archie the parrot is named after the founder's inspirational father-in-law. It was his favourite bird and references the whole pirate ship thing in a playful way. Plus all the nautical stuff's been used a million times already. Except for Manatees. Nobody uses manatees. They wouldn't look cool as a logo. People would just ask why you drew a potato on your watch."