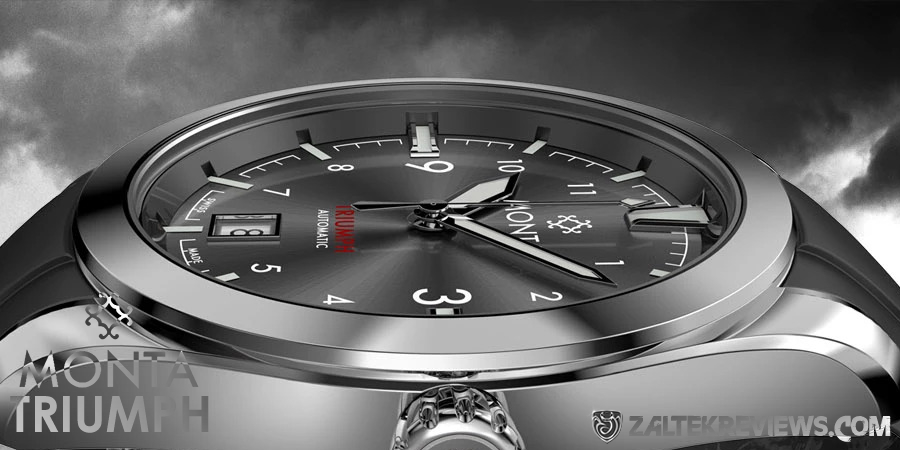 A field watch is a versatile tool built for the rigors of daily use in the outdoors. While there are different approaches to designing a field watch, any timepiece in this category should feature three essential qualities; legibility, functionality and of course durability. Inspired by the military watches of the French, British and American armed forces over the last 60 years, the MONTA Triumph showcases these essential qualities of a field watch in a timepiece of uncompromised quality. The Triumph, which is available in four dial colours (one matte and three sunburst) is powered by a Sellita SW300 movement. Features include, a 38.5mm diameter with a slim 9.6mm stainless steel case with a dynamic mix of brushed & polished finishing, giving it the look of a premium field watch that’s both capable and extremely handsome. 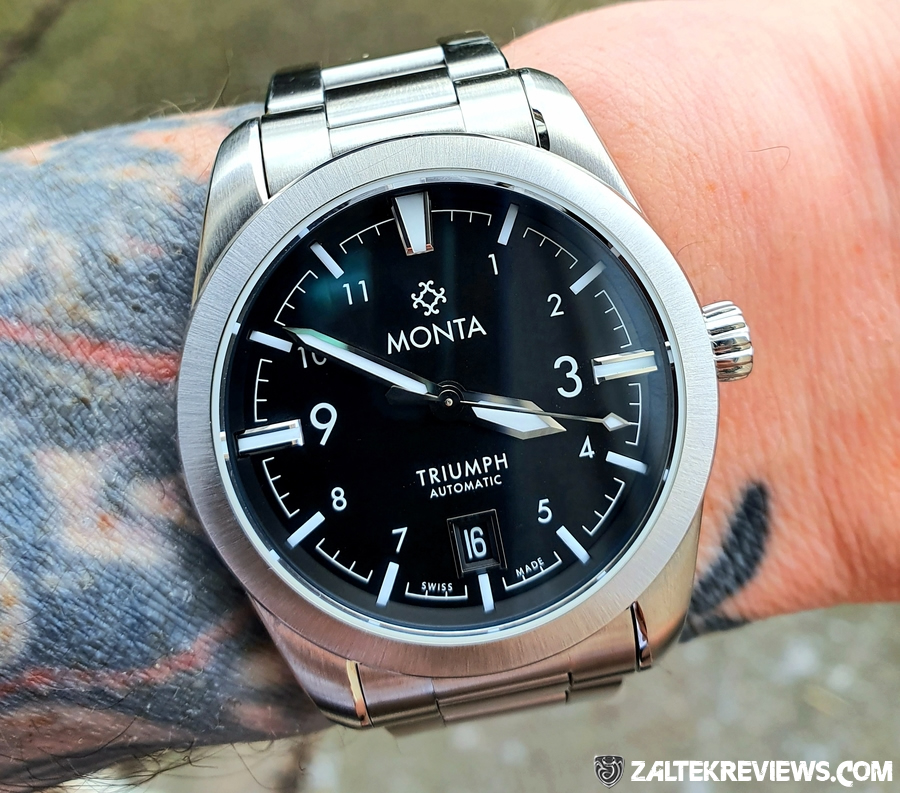 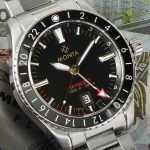 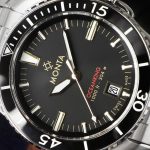 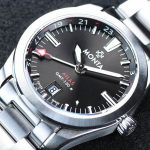 MONTA began with the fascination of a child and his pure view of what beauty is. In 1984, Michael DiMartini laid eyes on a two-tone Datejust for the first time. His mother gave it to his father for becoming a physician. She wanted to gift him with something that would last forever because she was so proud of his personal achievement. In Michael’s eyes, the watch was so impressive – the technology, the beauty, the heritage, the quality, and the fact that it was automatic and utilized the movement to wind itself. This single moment in time caused Michael to start on his journey of being a watch enthusiast where he eventually expanded to manufacturing some of the best watch straps in the world with Everest Bands.

In 2015, Michael and David Barnes (Michael’s partner in Everest Horology) traveled to Switzerland to attend Baselworld for the first time. They were disappointed to discover there was something missing in the watch world. Nothing exemplified Michael’s early passion except vintage watches from years ago. They realized then that history in traditional tool watches had been forgotten and the quality of the watch industry had degraded as time progressed.

The founders of Everest Horology Products wanted to develop something that took historic, classic beauty and mix it with accelerated technology to go beyond what is currently produced but, make it worth more than its financial price. Thus, a two year journey of the creation of MONTA and its first watch began. MONTA aims to follow the past where originally farmers, the first Swiss watchmakers wanted to create something valuable, lasting and precise.

The case of the MONTA Triumph is 38.3mm. The lug to lug is 46.8mm and the total thickness I measured at a very svelte 9.1mm. The entire case, bezel, crown and bracelet are all 316L stainless steel. The finish of the case is mostly brushed, with polished accents on the chamfered edge of the case as well as the inner section of the lugs. The caseback, although being screwdown to assist with water resistance also incorporates an exhibition display made from sapphire crystal.

The MONTA Triumph has a water resistance rating of 150m / 15 ATM, thanks to the screw-down caseback & crown. The proportions of the watch, in my opinion, are perfection for my 7″ wrist. The Triumph wears extremely well on wrist and don’t let the 38.3mm diameter of the case put you off as with a lug to lug of 46.8mm it actually looks like it was made for my 7″ wrist. The crown is also superb with very limited wobble when the crown is at its most extended position. 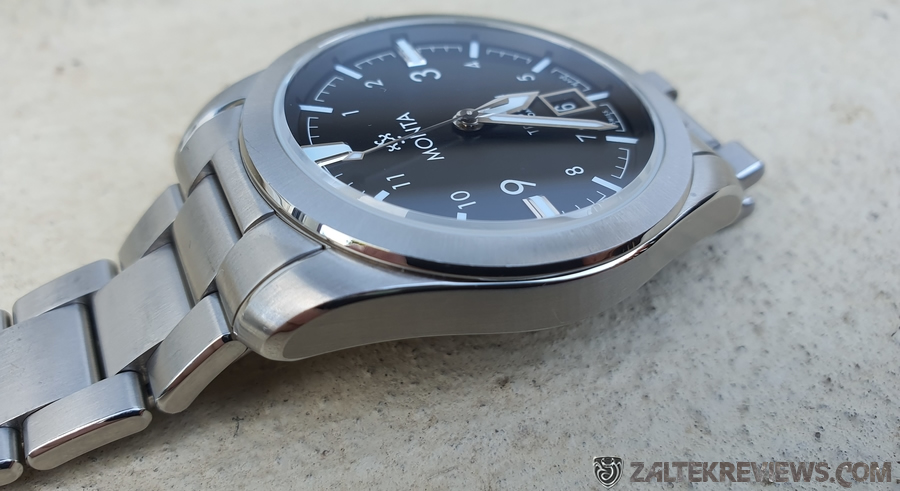 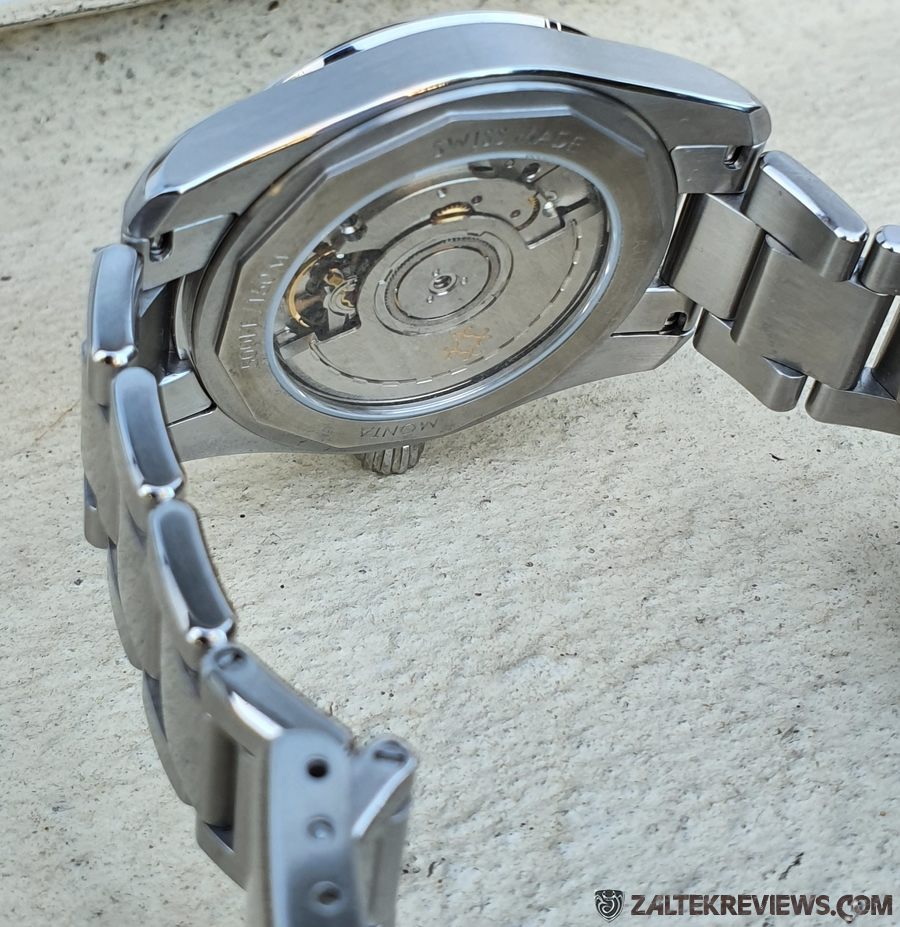 The bracelet fitted to the Triumph is quite frankly, probably the nicest bracelet I’ve ever had on my wrist. It measures 20mm at the lugs that tapers down to 16mm then back up to 18mm at the clasp. I personally think that it tapers too much making it overly thin at the slimmest part of the bracelet. I would have preferred it if it only tapered from 20mm down to 18mm. However, the taper doesn’t take away from just how gorgeous the bracelet is with its combination of brushed and polished finishing. If I had to nit-pick, I wouldn’t have polished the fold over clasp as this will scratch easily. 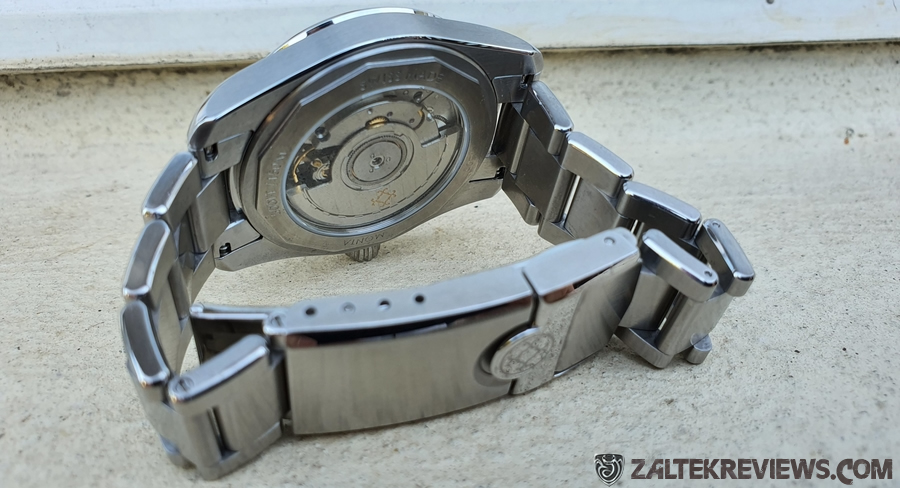 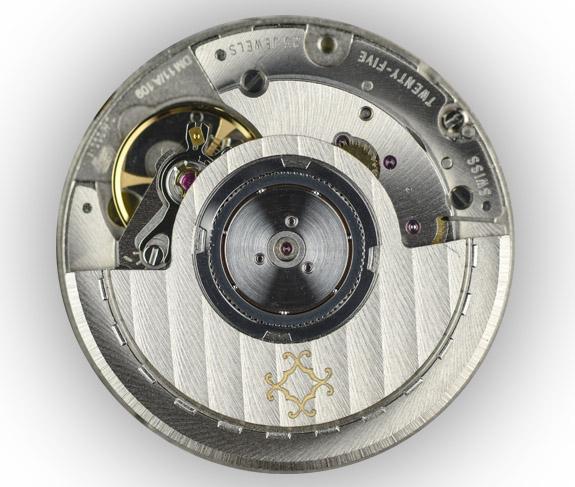 The chosen movement for the MONTA Triumph is the Swiss Sellita SW300, a 28,800vph, 4Hz, 25 jewel movement with self winding and of course hacking. The Sellita SW300 is made entirely in Switzerland, tuned to a chronometer level (-5/+5 seconds a day) and astonishingly at only 3.6mm tall, the Sellita SW300 still provides a full 42 hours of power reserve. Checking the accuracy after running the Triumph for over a week, mainly on my wrist and occasionally in my Barrington Watch Winder, the accuracy was outstanding with it showing an average of just +1.6 spd.

The Triumph has a fixed bezel and MONTA have chosen to give this a brushed finish. A very sensible choice if you ask me, as polishing would have just been a nightmare not to scratch. The radial brushing is done flawlessly and matches the case perfectly. The dial has very neatly printed markers for the hours, with larger markers at the 3, 9 & 12 with applied baton style surrounds. At the 6 o’clock position we have a matching, framed date complication with a colour matched date wheel. However, you only get that on the black dial version. Why MONTA didn’t colour match the date wheel on the other versions I have no idea. As you can probably guess, this was the main reason I asked for the matte black version. 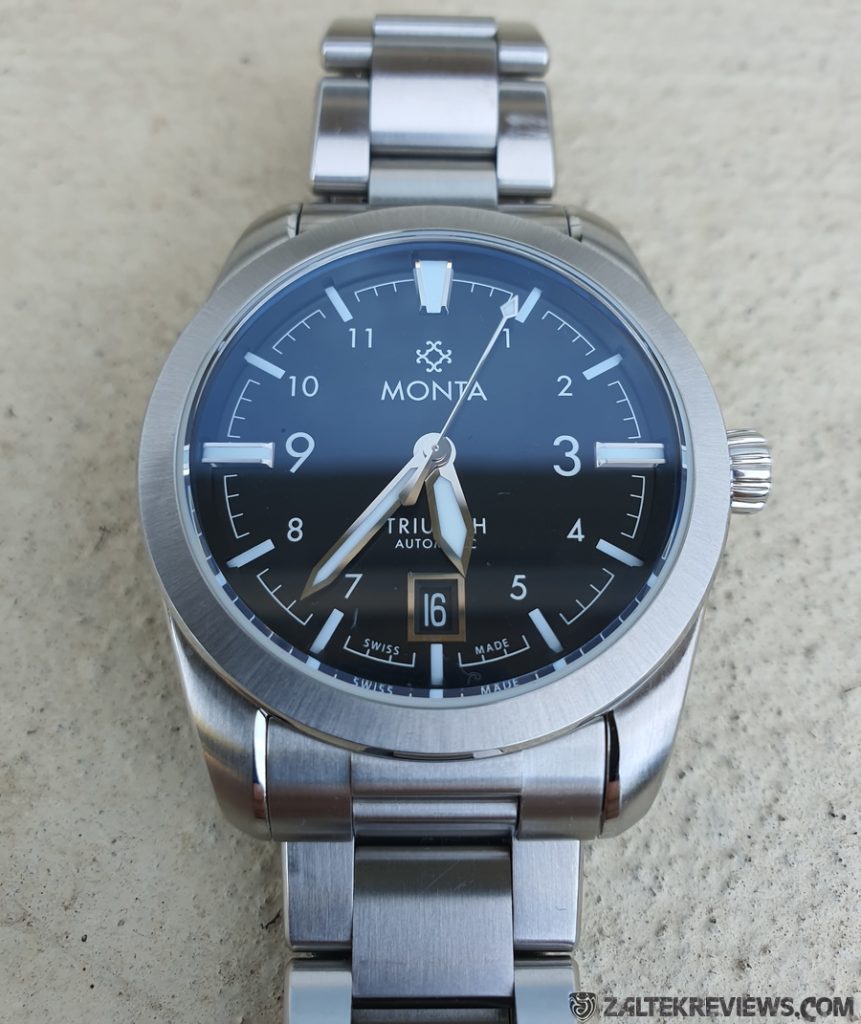 The text on the dial is nicely printed and is very legible. The choice of font too is fantastic, showing just their logo and  MONTA at 12. Triumph & automatic are just above the date at the 6 o’clock position. As you can see in the images, the hour and minute hands are of a sword style. The lume used in the Triumph is Super Luminova® BGW9 and is better than expected for a field watch and it does last a good few hours in low light conditions. 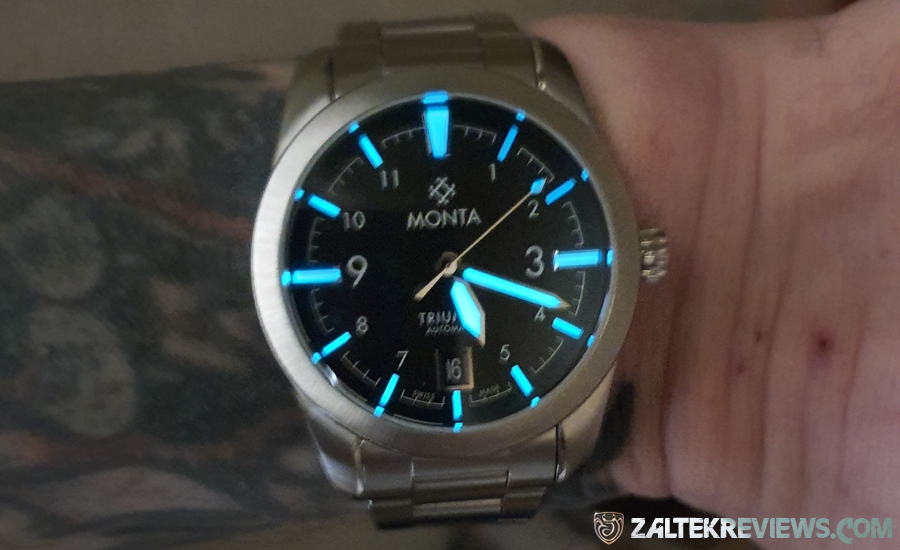 The Triumph is without question, the most refined watch I’ve ever had the pleasure of reviewing. I’ve tried hard to try and find any negatives about the Triumph. A difficult task I might add. Staring hard at the watch for probably way too long, I couldn’t find any negatives other than maybe a brushed crown rather than polished would’ve suited it better? And the taper on the bracelet that I mentioned earlier? Ah… who am I kidding? This watch is f**kin’ gorgeous! If you can afford it, buy the bloody thing, you won’t regret it!

MONTA Watches – A truly stunning timepiece! Words can’t describe how good the Triumph is. It is without doubt, on my list of “maybe one day” watches. Can you sell a kidney on eBay these days? As you can probably tell, I just wish it was priced a little less expensive to make it slightly more attainable for mere mortals like me.

Will Editor, Zaltek Reviews
A huge thanks to Jane at MONTA for sending out the Triumph so quickly for review.
To view the MONTA website, or join their mailing list to be informed of new models etc, visit MONTAWatch.com.
Follow us on Instagram and join our Facebook group WatchChat, a busy community for watch enthusiasts and collectors with tons of images and in-depth discussions.
At Zaltek Reviews, we encourage the companies whose watches we’ve reviewed to comment on our articles. We invite any company representatives to respond in the public comments section below. Thanks very much.
field watchmontatriumph
By Will Duncan17th September 2019Field, DressLeave a Comment on Monta Triumph 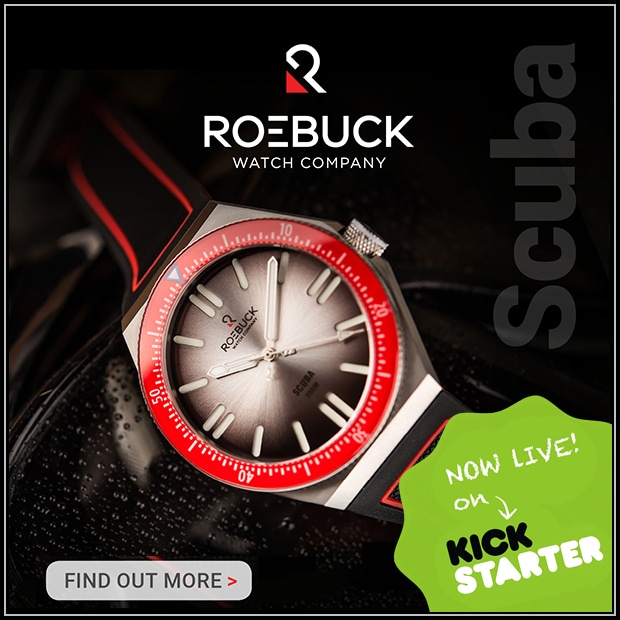